As the heartbreaking invasion of Ukraine continues, people are attempting to move to safety en masse. For many, this means making an arduous journey to the border, while for others finding a safe haven within the country is the best option. Families are traveling together and not just human members of families. As any animal lover knows, pets are just as valuable and so it should come as no surprise that many images show people fleeing with their cats and dogs in tow.

When Russia's Vladimir Putin ordered the invasion on February 24, ordinary life in Ukraine changed in an instant. People took shelter in subway stations, partook in dangerous journeys to the border, and many have even taken up arms to defend their country. Across social media, images have popped up showing the difficult circumstances for both humans and animals. Tucked away in animal carriers or clinging to their owners, pets are living through this terrifying moment just as much as their human companions.

And then, of course, there are those animals without a home. Across the country, brave volunteers are attempting to keep their shelter animals safe and fed. This is not always an easy prospect with supplies running low, particularly given the difficulties of movement around Ukraine. Gas is not easy to come by and driving can be dangerous, which makes outside support so important. Many shelters are also now without electricity or running water. There is also a secondary issue of the incredible noise coming from the constant shelling and air raids. This alone can have a grave effect on the psyche of the animals and can even cause death, particularly in elderly animals. 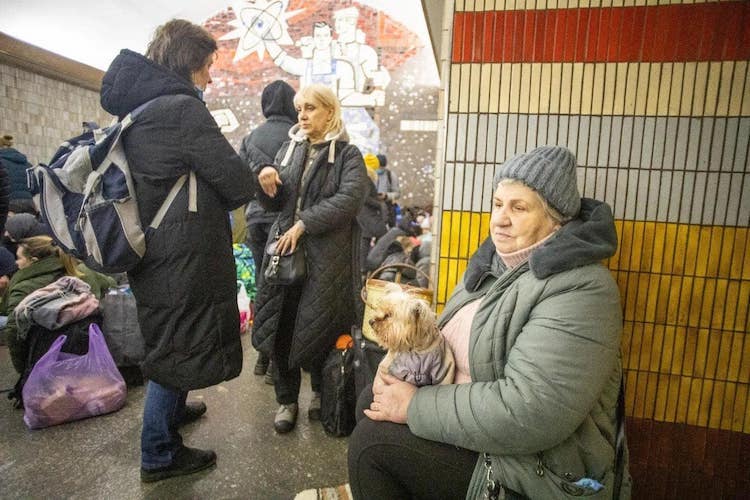 According to PETA, Romania, Hungary, Slovakia, and Poland are making it easier for Ukrainians fleeing the country to bring in their animals. Typically, dogs and cats must be microchipped and show proof of vaccinations. This isn't always possible, so in the case of Romania, special areas have been set up at the border for people to fill out forms for their animals on the spot. In Poland, if people are looking to stay in the country they can bring their animals to their final destination. If they are looking to transition elsewhere in the EU, they must leave their animals in Poland for a three-week quarantine funded by the government.

For animals remaining in Ukraine, PETA Germany is delivering nearly 20,000 kilograms of food to companion animals and blankets to shelters. Several non-profits in Ukraine are taking donations for supplies, including Happy Paw, UAnimals, Sirius, Shelter Ugolyok, and the International Animal Protection League. These are all local organizations that either care for stray animals or provide shelter services.

The war in Ukraine has caused many people to flee or take shelter with their pets.

Pets in Ukraine are also suffering the ravages of military attacks. Well, the inhabitants of the different cities take their dogs and cats with them to keep them safe 🐶🐱😻 pic.twitter.com/BpSLBywDP5 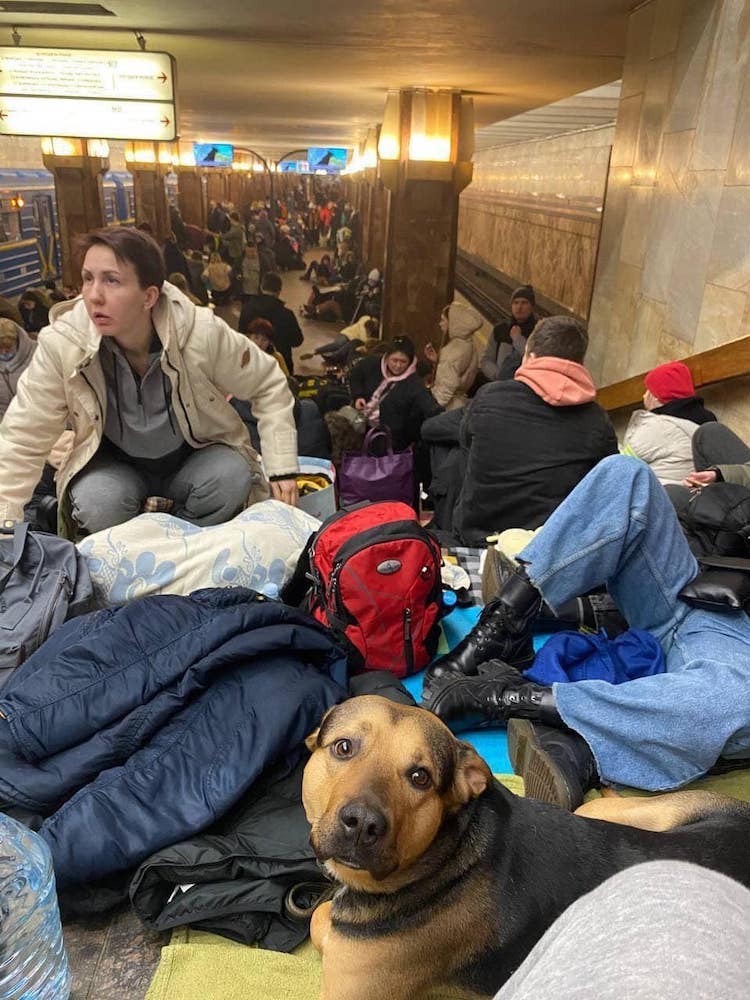 Several countries are making it easier for refugees to bring along their pets.

CONFIRMED: #Poland, #Hungary, #Romania and #Slovakia have opened their borders with exemptions to allow Ukranians to cross with their #pets without passports. All said borders are lined with veterinarians to help distribute necessary care for these pets. pic.twitter.com/2c9nnQyI4b

Volunteers and workers are also leading a tireless effort to care for shelter and stray animals.

Revealing Portraits of Prisoners in Ukraine and Russia

Expansive Mural in Ukraine Conveys Hope for a Better Future

Want to help? Share
Like My Modern Met on Facebook
Get Our Weekly Newsletter
Become a
My Modern Met Member
As a member, you'll join us in our effort to support the arts.
Become a Member
Explore member benefits
Want to help?

Artists Are Expressing Their Support for Ukraine in Emotional Illustrations

Steve Irwin’s Family Has Saved More Than 100,000 Animals at Their Wildlife Hospital

Redwood Forest in Northern California Is Returned to Indigenous Ownership